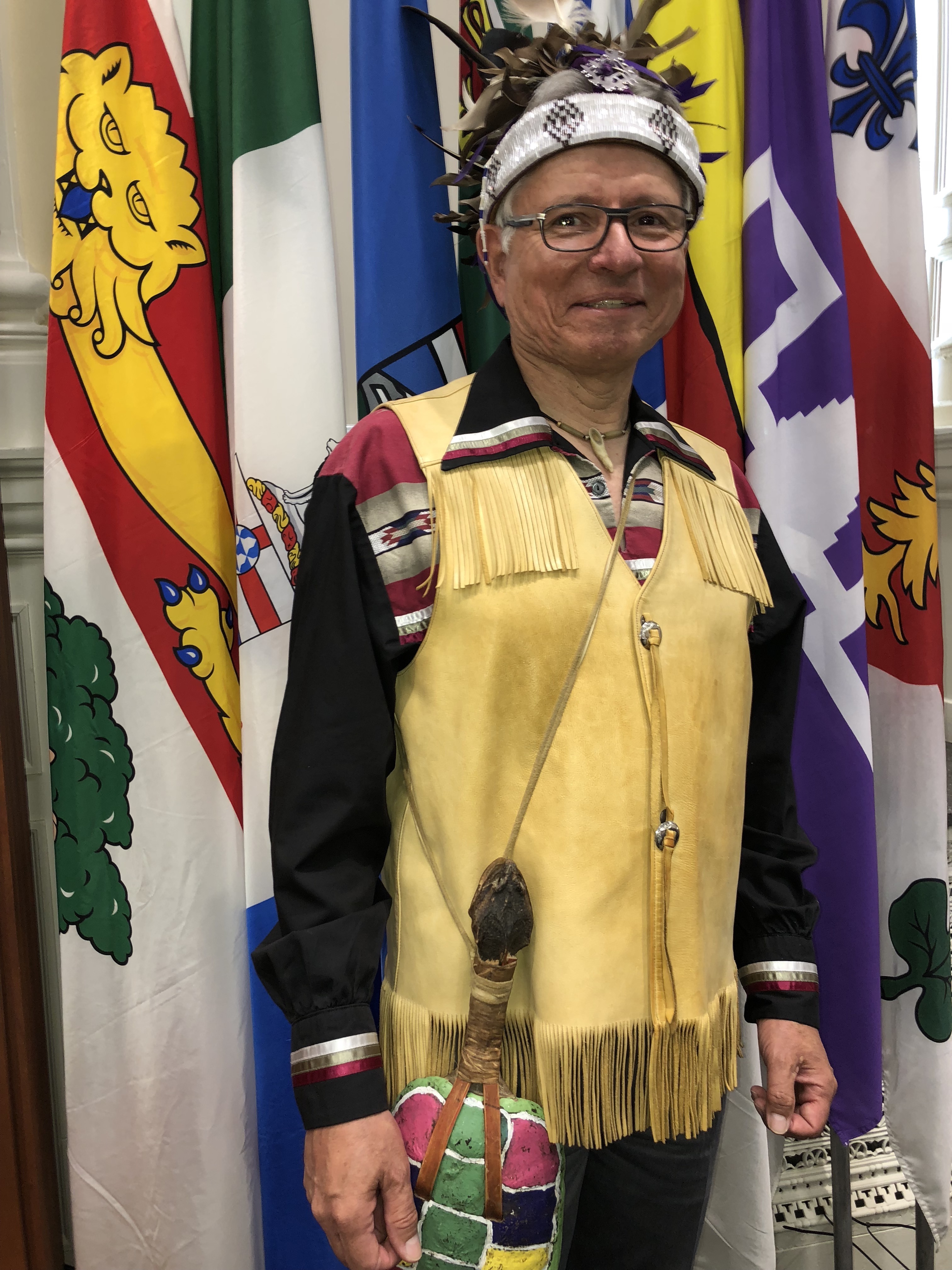 Kanahsohon Kevin Deer from Kahnawake Mohawk Territory. For the last 30 years involved in Mohawk Language retention and revitalization. He is also a Faithkeeper at the Mohawk Trail Longhouse which involves knowing sacred songs, dances and rituals. He enjoys discussing and presenting the Iroquoian world views, history and philosophy. He was involved in the Kahnawake Police Commission from 2005 to 2015. In 1990 he was involved in the Oka Crisis using the power of peace to try to resolve that conflict. In May 1990 he participated in a ceremony calling for the return of the Peacemaker in Tyendineaga, Ontario. In 1994 he assisted in the establishment of the new Mohawk community at Kanatsiohareke, New York. In 2003 he was part of a planning committee of the historic event that involved horses coming across the land from British Columbia to Six Nations to help wipe the tears of the 7 generations and heal the earth. In September 2015 he was deeply involved in the Bretton Woods IV convocation, performing a ceremony to help all participants who gathered to see, hear, and speak more clearly about matters of global financial concern from a Native, First Nation’s perspective. In February 2016, he made a presentation on Native spirituality at the United Nations World Interfaith Harmony Week in New York. In August 2016 he did a welcoming and healing ceremony for the World Forum on Theology and Liberation in Montreal. In November 2016 he traveled to Standing Rock to meet with spiritual leaders and elders. 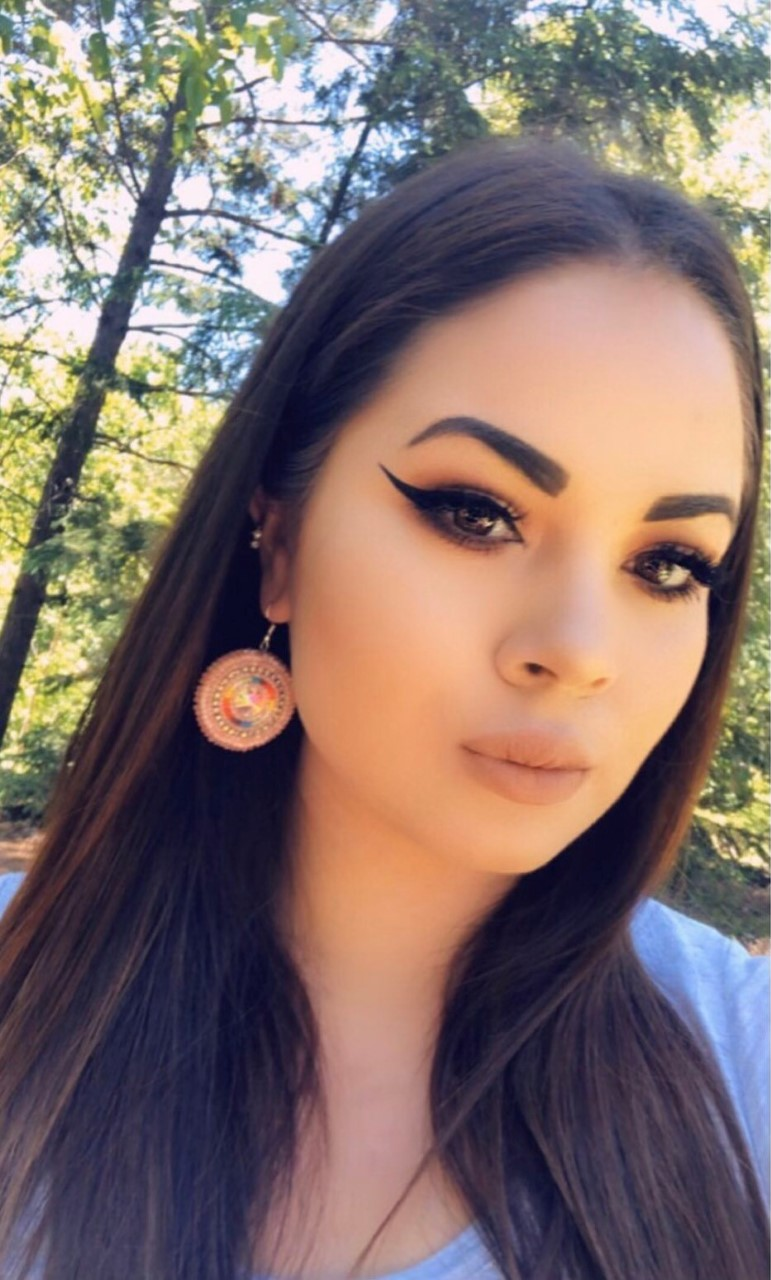 Boozhoo ninduwaymahgunnidoog, Memingwaans indijshinikaas Migizi ndodem, Ojibway Anishinaabe Midekwe indow. That translates to: “Hello all my relatives, my name is butterfly, and my clan is migizi. I am a Mide woman of the Ojibway Nation from this part of the Earth, they call Turtle Island.” My home communities are Wikwemikong and Dokis First Nations. I grew up in a traditional family, learning about my culture and who I am as an Anishinaabe Kwe. Learning the ways of my ancestors and carrying on those teachings for future generations.

From an academic standpoint I hold a B.A. in Indigenous Studies and English Literature with honours. Currently I am in the Master of Indigenous Relations program at Laurentian University. Completing my thesis on Grief, Trauma and Healing. Through the work of my brothers walk to the Spirit World August 22, 2018. I have endeavoured on to healing through the traditional ways my ancestors have passed on. I carry these teachings near and dear to my heart. 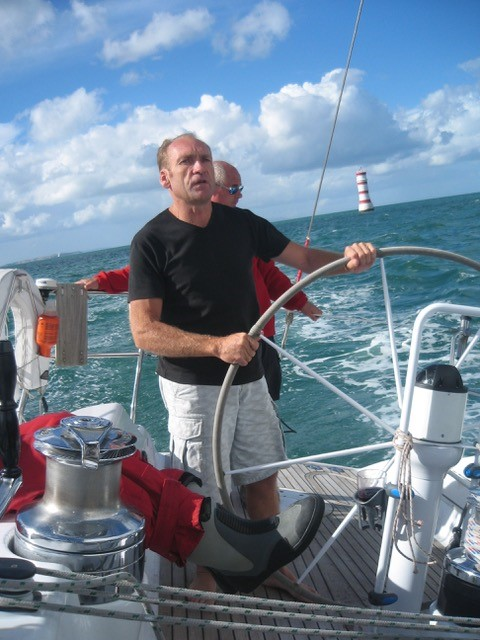 Kevin Hester is currently living on Rakino Island, a small island in the Hauraki Gulf near Auckland, New Zealand, monitoring the unravelling of the biosphere and volunteering at the Rakino Island Nursery In conjunction with others he is  currently developing a proposal to create a marine reserve nearby. The Island has no grid tied electricity or reticulated water, no shops and is vermin free.  I catch my own water from the roof and generate my electricity from the ample solar radiation on the island. 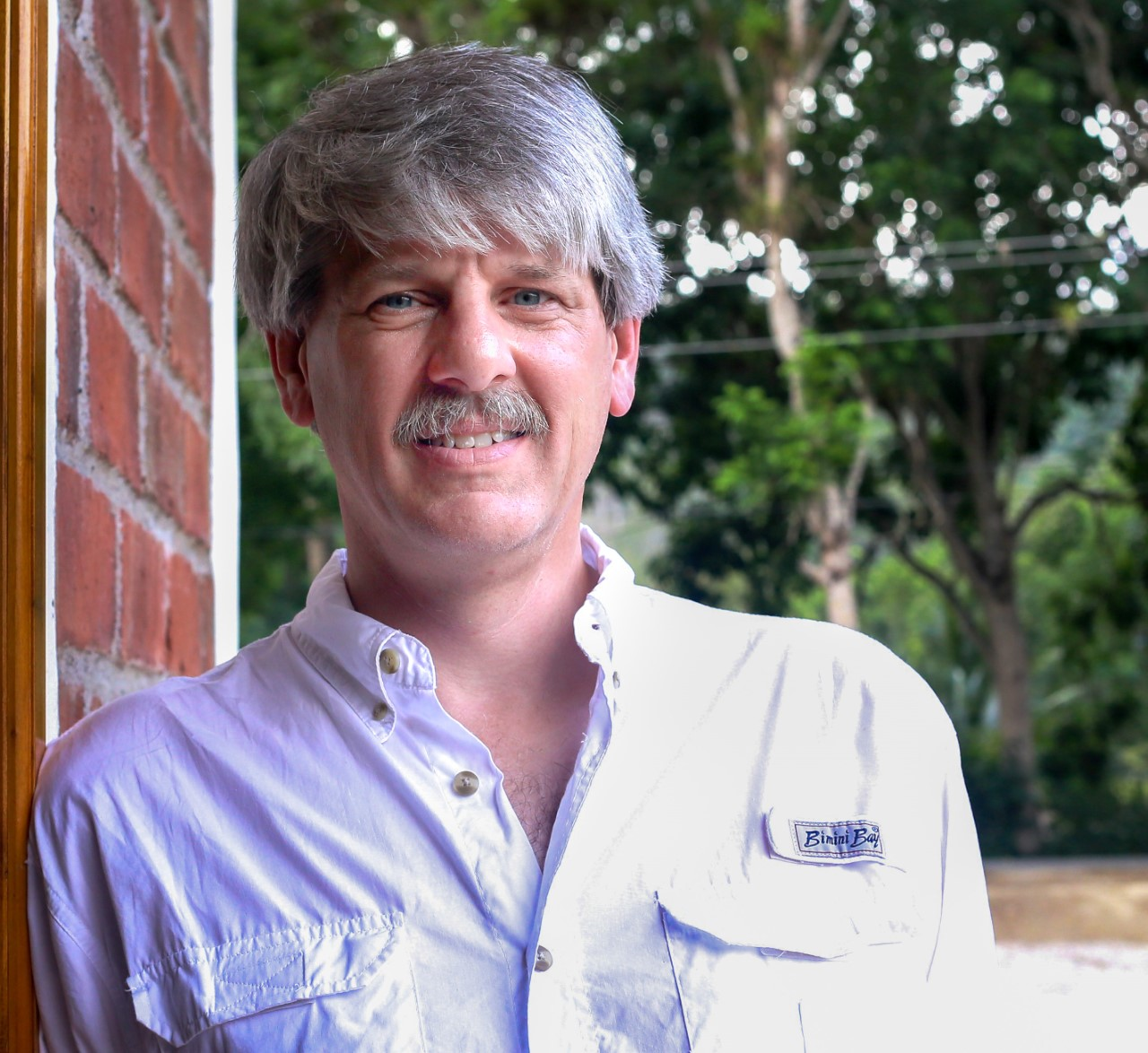 Dr. Guy McPherson is an internationally recognized speaker, award-winning scientist, and the world’s leading authority on abrupt climate change leading to near-term human extinction. He is Professor Emeritus at the University of Arizona, and he lived off-grid for a decade. His published works include more than a dozen books and hundreds of scholarly articles. Professor McPherson has been featured on television and radio and in several documentary films. He is a blogger and cultural critic who speaks to general audiences around the globe, and to scientists, students, educators, and not-for-profit and business leaders who seek their best available options when confronting Earth’s cataclysmic changes. 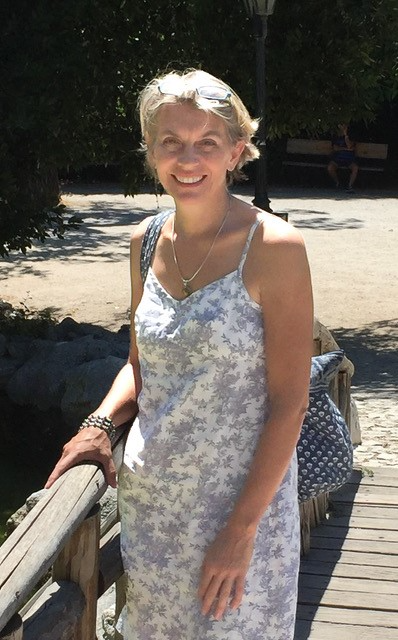 Pauline Panagiotou Schneider was born in Nigeria and has lived on three continents. She was raised in Greece until the age of 15. Pauline ran her Stardust Sanctuary farm in Belize for three years applying Permaculture principles.

Her three degrees include a BA in Anthropology and Sociology and a Master of Education in Social Studies and Special Education. Pauline worked in television for several years behind the camera and now creates educational videos on Youtube with Professor Guy McPherson. They both live in Vermont, on occupied Abenaki land. 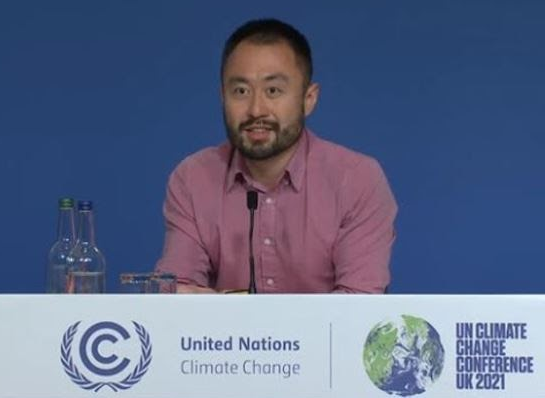 Dr. Ye Tao is a physicist and material scientist who collaborates with citizens and undeserved communities worldwide in perfecting the technical know-how essential for life amidst a climate crisis.   Dr. Tao developed the MEER (Mirrors for Earth's Energy Rebalance) Framework at the Rowland Institute at Harvard, where he was a principal investigator between 2016 and 2021.  Dr. Tao is currently on a lecture tour around the world, after presenting at COP26 to widely disseminate information foundational to the survival and future prosperity of the human species. 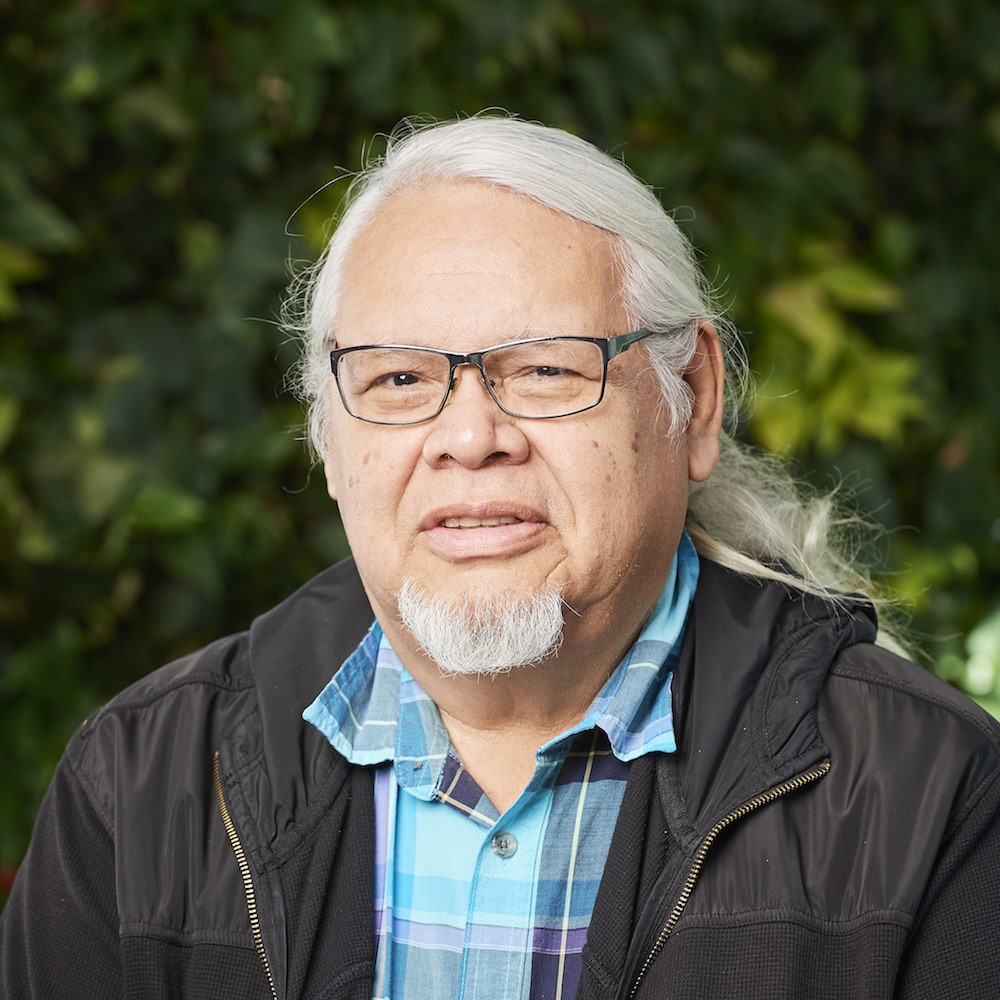 Rick is a citizen of the Beaver Clan of the Tuscarora Nation of the Haudenosaunee at Grand River. He holds a Master’s Degree in American Studies from the State University of New York at Buffalo. He is the former Assistant Director for Public Programs, National Museum of the American Indian, Smithsonian Institution; Museum Director, Institute of American Indian Arts, Santa Fe, NM; and Assistant Professor, Native American Studies, SUNY Buffalo. Formerly, he served as Senior Project Coordinator of the Deyohahá:ge: Indigenous Knowledge Centre at Six Nations Polytechnic, Ohsweken, Ontario. Rick is working with a group of historians on a book on the history and legacy of the Mohawk Institute, the oldest Indian residential school in Canada. Currently, he is the Indigenous Innovation Specialist at Mohawk College in Hamilton; and a cultural advisor for FNTI, Tyendinaga, ON. 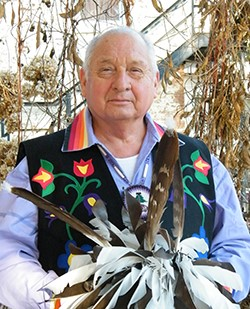 Thomas R. Porter (Sakokwenionkwas “The One Who Wins”) has been the founder, spokesperson and spiritual leader of the Mohawk Community of Kanatsiohareke (Ga na jo ha lay gay) located in the Mohawk Valley near Fonda, New York since 1993. He is a member of the Bear Clan of the Mohawk Nation at Akwesasne. (Akwesasne, also known as the St. Regis Mohawk Reservation, straddles the New York State/Canadian border near Massena, New York.) He is married to Alice Joe Porter who is Choctaw. They have six children.

Mr. Porter; held the position of sub-chief for the Tehanakarine Chieftainship title, one of the nine chief titles of the Mohawk Nation, for 21 years (1971-1992). Chiefs are considered to be spiritual as well as political leaders. Some of the duties of that position were: officiating at marriage ceremonies, death ceremonies and numerous other traditional ceremonies held throughout the year. 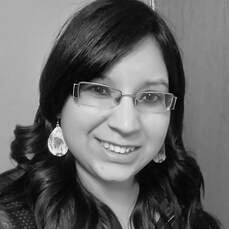 Shianne is located in Brandon, Manitoba: Treaty 2 Territory, on the traditional territory of the Anishinaabe, Cree, Dakota, and Oji-Cree Nations.

âShianne has 14 years of experience in the Environmental Conservation Sciences field; 13 years working directly with First Nation communities. Shianne joined CIER in September 2009. She is Ojibway and a member of the Pine Creek First Nation in Manitoba. She has attained a B.Sc. in Environmental and Conservation Sciences with a major in Conservation Biology from the University of Alberta. In 2013, she received a certificate in Indigenous Women in Community Leadership from the Coady International Institute at St. Francis Xavier University.

In her free time, Shianne enjoys being outdoors with her family- hiking, camping, fishing, and having large family picnics or potlucks. She truly is at home in the kitchen or bush campfire and loves to cook and bake.