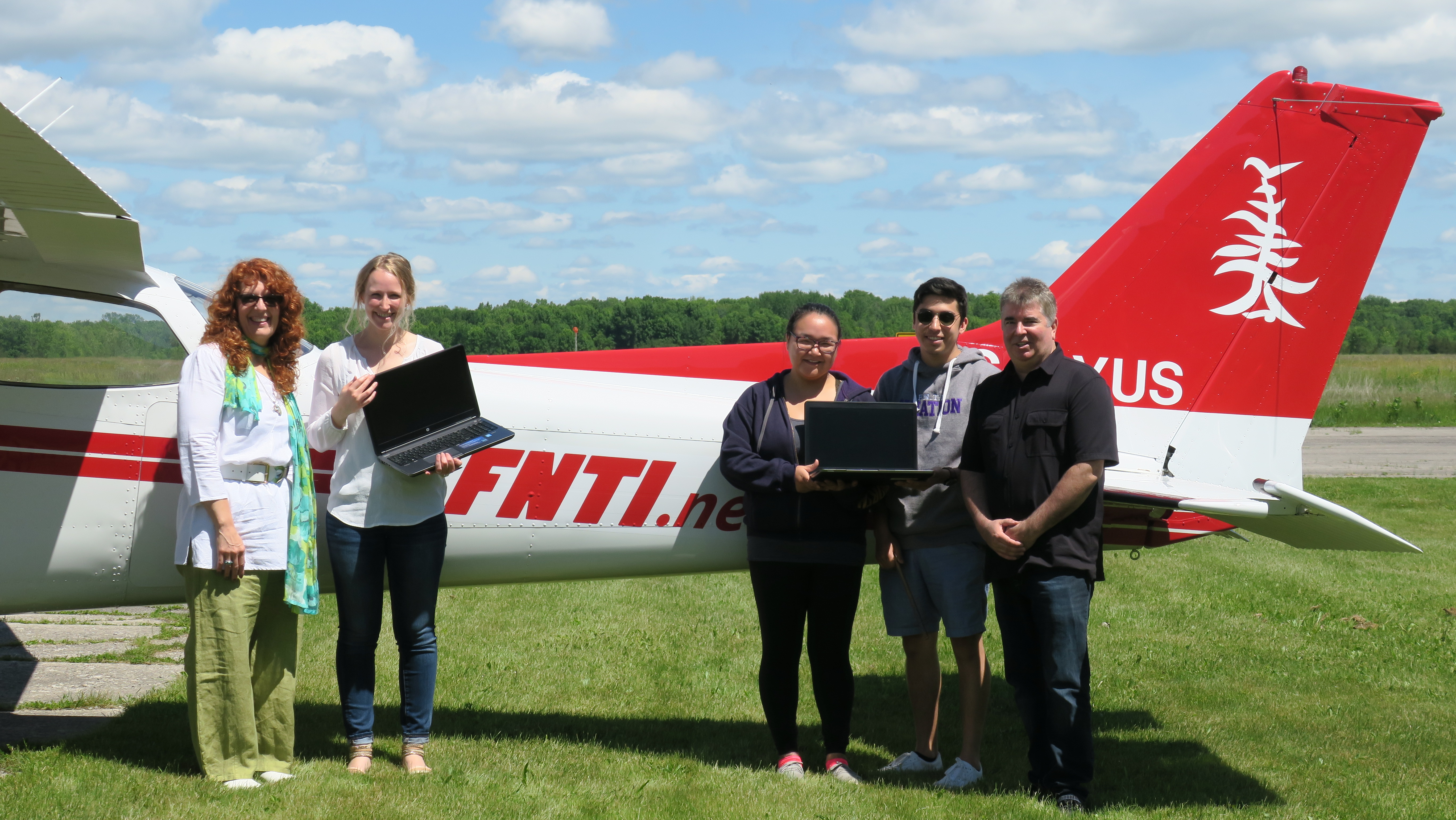 On Monday June 17, FNTI received a generous donationof48 laptop computers from Rotary HIP (Honouring Indigenous Peoples)! HIP Executive Director, John Currie, donated the computers so that students in need can have access to this technology in order to further their education.

HIP was created by Rotarians in Southern Ontario in partnership and consultation with a number of Indigenous people, and aims to honour Indigenous people by supporting them in learning. They acquired the laptops through an agreement with Siemens, and they will be distributed to students in need. FNTI President, Suzanne Brant, also sits on the HIP board, and says she is very thankful for the donation.

"As a founding member of the HIP Board of Directors, I can say that the philosophy of HIP is about honouring Indigenous People’s by supporting their educational aspirations. HIP Executive Director John Currie is well aware of the value added to ones educational experience for those First Nation learners that have computers. He provides leadership to a program that ensures every First Nation learner who requires a laptop receives a laptop. Siemens Canada donates their decommissioned and reprogrammed laptops for distribution to learners via the HIP network. As President of FNTI, I am keenly aware that most of our learners lack access to reliable computers. We are deeply grateful to John and HIP for this initiative and thank everyone involved for the recent donation of computers for our learners.”